The Big Issue commissioned Intro to design a special cover to accompany an exclusively compiled CD to be given away free with the magazine. The disc featured music by Radiohead, Supergrass, Coldplay, Ian Brown and others. All tracks were donated by the bands.

This was the first time the Big Issue featured a ‘graphics-only’ cover. Big Issue covers are normally photographic, but for this special issue, creative partner Anna Bergfors used heavy, black, hand-painted lettering in a spiral on a vibrant yellow background. Even the magazine’s logo was rendered in the script, and the CD and page three of the issue were designed.

The magazine sold out in an hour. 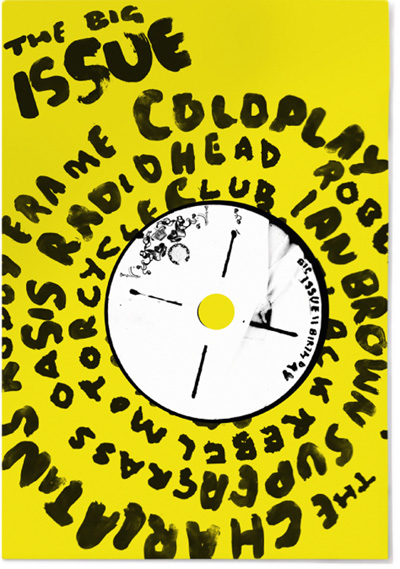