WeSayHi’s stunning Autumn/Winter campaign for Moncler deserved a home on two of the world’s largest outdoor video screens. The twin skyscrapers of the Tianfu International Financial Centre in Chengdu, China attract a daily reach of over half a million people.

Intro took assets from the Moncler campaign and re-edited/animated them into a unique bespoke light show across this incredibly large dynamic format.

The film utilises the ‘twin’ screen format, passing imagery across from one tower to another. Capitalising on the rotating style of the campaign, the films wrap around the massive cylindrical LED displays of the buildings and lights up the Chengdu night sky in this un-rehearsable, one time only, monster-size screening.

Technically it was the largest 3-dimensional screen that Intro has ever created content for and the inability to test it added another level of very special excitement.

Luckily we got the maths right. 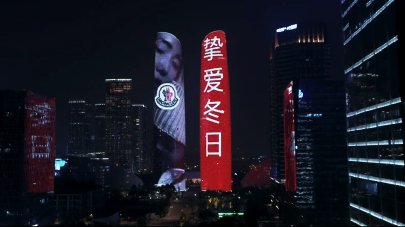 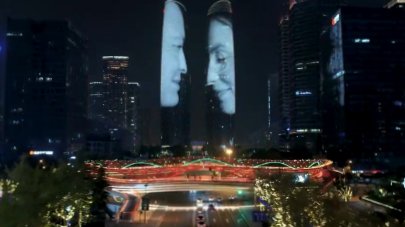 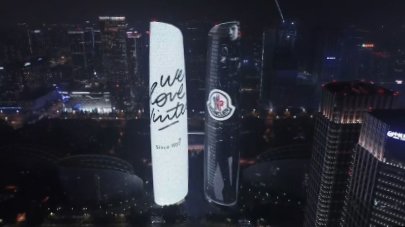 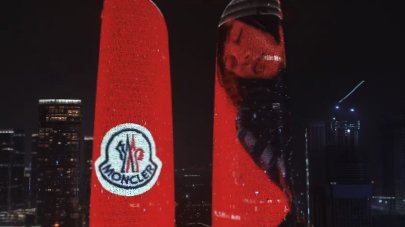